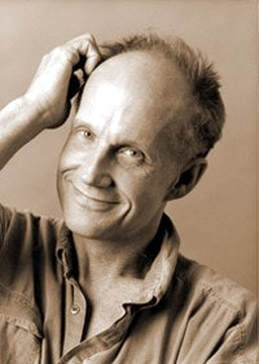 From “Ceremony and Discrimination: Two Muscles of Poetry,” by Tony Hoagland, The Writers Chronicle, October/November 2017
…Here’s one more example of the ceremonial instinct in a contemporary poem by poet Patrick Donnelly. The occasion of the poem? The speaker is turning over his house to new buyers. It is a moment of sharpened awareness and lyric potential. Will he issue a benediction, or a curse? Is he grief-stricken or liberated by this cutting loose from home? The moment is at once a station of the cross, a passing, and a going forth. The poem is called “Note to the New Owner”:

Because you toured the house with the termite inspector,
baby in your arms, your mother in tow, then out the door
without speaking to me—to me! who had watched my face
age twelve years in these mirrors—I determined

to root every living thing out of the garden--my garden,
that I created ex nihilo, that I nursed in sour shade
between shards of broken glass, that I made and now revoke,
breaking every bleeding heart and fiddleneck.

Your mother gasped with delight at forced branches
flowering in a glass bowl in the kitchen. She, at least, is a person.
For her sake I leave the forsythia to explode each spring.
​
As it turns out, “Note” is more a malediction than a blessing: a judgment is issued and a punishment is promised. Feeling slighted, ignored, already erased, the speaker swears to destroy the garden he has loved. In effect, he casts a blight on the life of his successor.

Donnelly is a highly conscious craftsperson, and the ceremonial nature of the account is signified by strong cadence throughout the poem: You can feel the strong iambic pulse—“that I made and now revoke”—and in that authoritative pulse, we feel the public certainty of a decided mind. As witnesses and listeners, we are subordinated to and entranced by the trial and execution of the sentence.

Not until line nine do we find a divergence in the poem’s ceremonial agenda, an opening of heart, when, at the last minute, the speaker decides to leave the forsythia for the mother of his adversary—an act of discrimination and mercy on his part (“she, at least, is a person”). As God allows Lot to leave Gomorrah, and permits Noah to survive the devastating deluge—mercy is granted. Yet even this concession is couched in ambivalent and paradoxical terms; in springtime, we are told, the forsythia will “explode.”

If it seems far-fetched to propose that ancient cultural stories—those of Noah or Lot—inform and empower Donnelly’s domestic narrative, remember that this is how myth works. In the deep reservoir of psychic shapes, the archetypal narratives brood and circulate, enriching and charging the particular plot with significance and depth. The mother gasps, and Spring springs. Neurologically, the old waters turn and surge inside these contemporary plots and contexts. If the poem has been skillfully made, and engaged the deep structures of human culture, art is electrified by myth and consciousness. Then it becomes art capable of changing our vision, our behavior, maybe our lives.

...archetypal narratives brood and circulate, enriching and charging the particular plot with significance and depth.